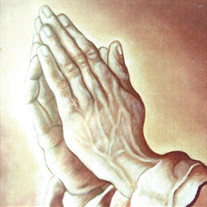 Monty Ohlemacher (67) one of the most successful Quarter Horse jockey agents in Los Alamitos Race Course History, passed away on Wednesday morning, January 17, 2018 due to a rare form of pancreatic cancer. Born on February 6, 1950, Ohlemacher was a top agent for 30 years, managing the books for leading riders like Eddie Garcia, Cody Jensen and Ramon Sanchez. He also worked with major stakes winning riders Carlos Aguilar, Carlos Bautista and Tony Guymon. Ohlemacher trained Quarter Horses for many years at Los Alamitos, saddling 171 winners and winning one stakes race in the process. He was also a mutuel teller for many years at the Orange County track. "His life was the racetrack" said Nancy Ohlemacher, his wife of 20 years. "He had the same type of cancer that Steve Jobs had. Not too many people knew that he was sick. Monty was quiet and private. He was always the type that would sit back and listen. He was a deep, good hearted person and didn't have a mean bone in his body. Even when he was in bed resting this past week, we had the horse races on for him on TV." Monty and Nancy met at the Los Alamitos Race Course 48 years ago. "My family lived across the street from the track and we used to go to the races. I met Monty at Los Alamitos in the summer or 1969. We were boyfriend and girlfriend until the summer of 1973 and then went our separate ways. We made a full circle 25 years later and we were together ever since. We used to go to the Vessels Club and meet Paul and Marin Jones quite often. Monty just loved the track." "Ohly", as he was affectionately known at the track, and Eddie Garcia formed a formidable jockey/agent team at Los Alamitos in the 1990's more than a decade before Garcia became Los Alamitos Track all-time leading Quarter Horse jockey in wins and stake wins. "I was coming back from a broken collarbone and needed an agent and I heard that Ohly did not have a jockey at the time," said Garcia. "We started working together and I am still thankful to this day that we became a team. Ohly helped me so much. He was such an intelligent agent. He got along great with people and he was such a good, honest man. If I had a tough night riding, he would just tell me, 'don't worry about it buddy. We'll get them tomorrow.' He kept my spirits up so many times. He understood me so well and he was like my coach. I was a very aggressive jockey, but he helped me stay focused and get better as a rider. He took good care of me. This can be a stressful job, but Ohly never failed me. We worked together for 7-8 years and we won many titles and big races. He helped me get so many good horses. He was a great man. I respect him and his whole family a great deal." Nancy Ohlemacher will remember her husband being at her side during her own battle with cancer. "I'm a breast cancer survivor and Monty was there for me every step of the way," she said. "He was a great person. His cancer was very rare, but he did chemotherapy so that we could have more time together.' Monty is survived by his wife, Nancy, and his mother, Jean; his son Kenneth and step-daughter, Taryn. Monty also has two granddaughters, Ava and Alicen. No services are planned.

Monty Ohlemacher (67) one of the most successful Quarter Horse jockey agents in Los Alamitos Race Course History, passed away on Wednesday morning, January 17, 2018 due to a rare form of pancreatic cancer. Born on February 6, 1950, Ohlemacher... View Obituary & Service Information

The family of Mr. Monty Lee Ohlemacher created this Life Tributes page to make it easy to share your memories.

Monty Ohlemacher (67) one of the most successful Quarter Horse...

Send flowers to the Ohlemacher family.