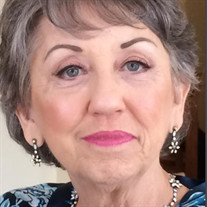 Mrs. Jean Ann Engelbach, age 72, died of complications after a 6 year battle with Multiple Myeloma on November 8, 2019 in Lakewood, California. She was born January 8, 1947 in Evergreen Park, Illinois, the daughter of Henry and Annamary (Kirchoff) Baillie. Jean graduated from Oak Lawn High School, Class of 1965. Following graduation, she went to the University of Illinois, Chamgaign/Ubana to undertake study for a bachelor's in science. She met Roger Bruce Engelbach at the university and they married in 1967. They were both thrilled to have married their best friend. The same day they got married, they started the drive to Los Angeles for Bruce to report at the Los Angeles Air Force Station in El Segundo (still top secret then and called Plant 37). They settled their family in Bellflower in 1979 and celebrated 52 years of marriage last June. Jean was a lifelong learner. She earned her first degree, a B.A., from New Mexico State University in 1975. While a Captain in the Air Force, she completed an M.B.A from University California Dominguez Hills, and then after a career in Real Estate, returned to school to receive a master's in library science from University of California San Jose in 2000. She loved being a children's librarian - sharing a love of reading and allowing for an expanded sense of wonder for even the youngest of patrons. Jean was proud to live in Bellflower and worked tirelessly for the community. She was a member of many groups including: the Woman's Club of Bellflower, P.E.O., and Friends of the Library. She taught at the public schools and served on Personnel Commission for the Bellflower Unified School District. In addition to her parents, she is predeceased by a brother, Bruce. Surviving in addition to her husband Roger Bruce Engelbach, are her daughter Jennifer Kim and her husband Andrew, her son Jonathan Engelbach and his wife Florencia, her daughter Veronica Hutson, her son Donovan Liley and his wife Rochelle, grandchildren, Jessica, Melissa, Tim, Katelin, Tyler, Ryan Tyler, great grandchildren Declan and Aubree and many nieces and nephews. A Celebration of Life will be held on Sunday November 24th, 2019 from 11:00-3:00 at the Woman's Club of Bellflower (9402) Oak St., Bellflower, CA 90706). Those who wish to remember Jean in a special way may make gifts to the Ronald McDonald house nearest to them or donate to the Multiple Myeloma Research Foundation so others will not have to endure this disease in the future.

Mrs. Jean Ann Engelbach, age 72, died of complications after a 6 year battle with Multiple Myeloma on November 8, 2019 in Lakewood, California. She was born January 8, 1947 in Evergreen Park, Illinois, the daughter of Henry and Annamary (Kirchoff)... View Obituary & Service Information

The family of Mrs. Jean Ann Engelbach created this Life Tributes page to make it easy to share your memories.

Send flowers to the Engelbach family.